Keely is well acquainted with food issues – as she has had several throughout her life! There are certain things that she has never been able to stomach, due to their textures. However, she has also discovered over the years that a variety of other foods, which she would never touch until she was well into her teens, turned out to be much more tasty than she had expected. So, she began to realise that there is a strong psychological component to food issues, in addition to the sensory.

We have met several children and young people whose food issues are so profound, that their diets are extremely limited and their parents are understandably very concerned about this. We work with these children and young people to find out which foods they currently like and which they feel they do not like – and we then take the “likes” and use these as a starting point for exploring and tasting a wide range of different things.

This process works in very small increments – in which food groups are arranged into “ladders”. We work up each ladder from a well-liked plain or processed food, to a healthier alternative – changing the food each week only so slightly that the child will hardly notice a difference in the taste or the texture, until they suddenly realise that they are eating something they never thought they would touch before, and liking it.

For some children, the challenge of using cutlery can also factor in. We help these children build up to using a fork and knife gradually, using a wide range of creative techniques to boost their confidence and develop their fine motor strength. 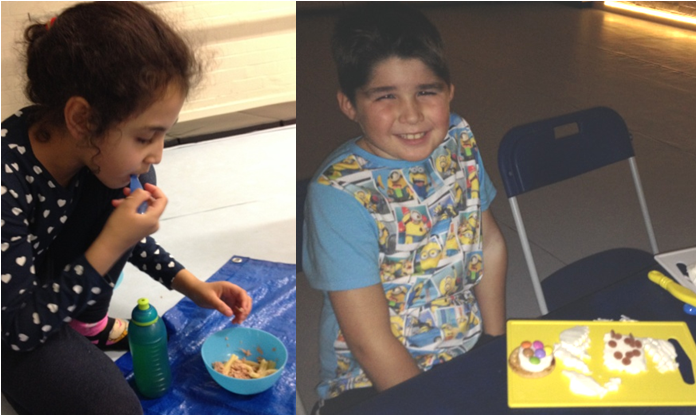