Founded in October 2013, our Nurturing Peer Support programme here at ReGenerate- Hope For Autism CIC was developed to inspire and empower autistic children and young people, to build confidence and transform their lives.

The programme was created by a successful autistic adult who has overcome devastating anxieties, that had stopped her from interacting and talking with others for many years. Her experience of learning music, dance and drama had a huge impact on her confidence and her understanding of the social world – which is why these form key components of what we do. However, the programme has evolved to incorporate much, much more than that.

Prior to opening our doors here at ReGenerate – Hope For Autism, Keely had written a groundbreaking research paper at university – into how autism comes about, biologically, as a “spectrum”. This had enabled her to understand herself and her condition in a new light – much more deeply that she ever had before. And as she began to spend time working with and supporting other individuals at various points on the spectrum, within various settings and situations, her deepened understanding enabled her to realise that they all shared much in common with her. That even an individual who appeared to be at entirely the opposite end of the spectrum, from herself, was feeling similar anxieties and frustrations in the core of their being, as a result of dealing with similar sorts of issues to varying extents. And she found that she was able to connect with that core, no matter where on the spectrum each child was said to lie – just as easily and naturally as one non-autistic person would connect with another.

ReGenerate – Hope For Autism CIC was developed in response to this connection – out of a desire to see the voices of autistic children and young people being heard, and to see them come together and help each other more, to overcome the true nature of their challenges insofar as each individual is able, so as to foster their independence and help others to understand them better. It’s about creating hope for each child’s future – and that is why we are called “ReGenerate – Hope For Autism”.

As Keely has developed relationships with the wide variety of individuals who have entered the programme, she has found that their thoughts and anxieties are often directed towards one or two issues in particular, at any one time. She began to hear repetitive stories of health and education services either not understanding some of the issues, or (more often) simply not having the time or resources to advise or support them beyond a certain level.

Keely was touched and saddened by these stories – which all tended to concern issues that she had struggled with and conquered for herself. She realised that her personal experience, around each of these areas of challenge, would put her in a good place to share and offer personalised support towards building the children and their families up and empowering them to overcome their challenges. And so, she began to build into the “drama” time specifically targeted role play activities with a key sensory focus, which offer scope for tailored advice, support and gentle, gradual exposure to the crux of each child’s and young person’s greatest challenges. This approach is based on well-evidenced peer support principles which are widely used in the field of mental health, to promote recovery alongside traditional therapies. Our staff have received accredited training in Peer Support Facilitation, which enables us to adapt and use the same principles to help autistic children and young people overcome the huge anxieties that are created by difficulties with sensory processing and social integration.

Since this approach was introduced, it has seen some great successes, with large proportions of children and young people making notable progress across a wide range of areas. To see a summary of these, please see our Success Stories page.

ReGenerate – Hope for Autism, now has two new strands which focuses on helping autistic adults. Enriching Support is a group setting where autistic individuals come together once a month to do a wide variety of different things with similar people. The Extending strand works with adults who need some additional support to become independent. Please contact us for more information. 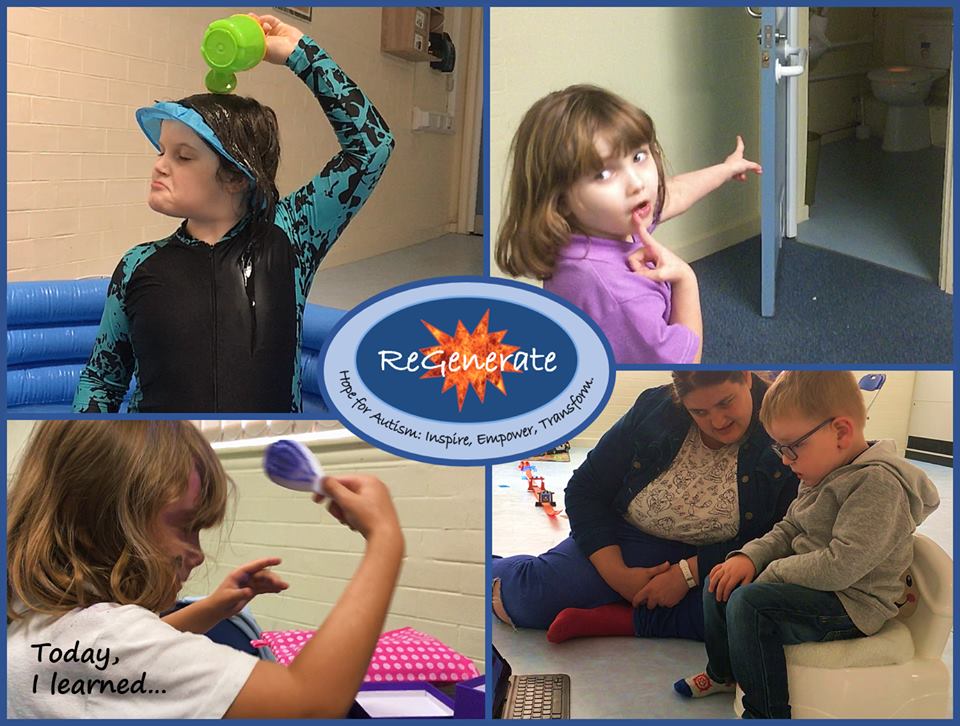